Most people in the United States are more blessed than they realize and may not have ever seen truly impoverished people or entire economies wrecked by natural disasters or political unrest. If you have already realized how vastly different life can be in other places, such as in Cambodia, and you want to do something to make a lasting improvement in the lives of those people, you should consider donating to build schools. While donations in the form of food and clothing are absolutely important, building schools can improve life in the long run. Here is what you should consider when you're looking to donate to build schools in Cambodia.

While there are many underdeveloped places in the world that could use better schools, Cambodia has had its share of political instability. The country spent the 20th century being occupied by different nations, with wars and turmoil in between and after. In the 1970s, the Khmer Rouge (a rural communist group) took power and the people suffered greatly, in terms of lives lost as well as education and the economy. It wasn't until the 1990s that the country gained political independence and instituted free elections.

Even though a couple of decades have passed, it takes a long time to recover from that kind of devastation. Even though the government has tried to get schools going, the lack of funds, teachers, and supplies makes it difficult in many areas.

In a country that's recovering from war and oppression, there are many areas that need attention, such as health care, industry, and social issues. However, focusing on education can eventually improve all of those areas. Currently, a third of the country's population is under the age of 15. If all of those youth were taught to read, the country would reap the benefits for generations. More educated youth getting into health care and learning about medicine will help people be healthier. Some will go into industry, knowing the best ways to run and grow a business.

If more young girls have the chance to get their education, that helps them enter the workplace and start businesses, promoting more gender equality. When people donate to build schools in Cambodia, they are also improving many other parts of life.

Organizations Should Do Research

One thing to double check before you donate to an organization that builds schools in Cambodia is that the organization does its research. They should be extremely familiar with all local customs and ways of life. They should work with local governments to decide the best place and policies for the school. Many organizations have good intentions, but if they build a school and no one can attend because they are all needed to work on farms in order to have food that year, then the effort is wasted. In another example, an organization may supply some technology for schools only for youth not to have the internet access required to really use them. Organizations that do their research and work with the local population to truly adjust the plan to the needs of the community are the ones you want to help.

If you're recognizing the abundance in your life and want to make a long-term difference for people in other areas of the world, consider donating to build schools in Cambodia. Your gift will go further than you think. 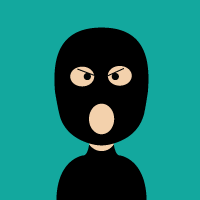 For years, I was looking for ways to give back without really knowing how to contribute. I knew that I needed to make a few changes, but I wasn't sure what to do or where to start. I began talking to different people about what I could do to make things better, and I was able to find a group of people who were just as focused on giving back as I was. They were really nice to work with, and before I knew it, I was volunteering every weekend to make something better. This blog is all about finding service opportunities around you.

Things to Know When Working With Mobile Blood Drive Services
7 June 2021
Many municipalities orchestrate mobile and stationary blood drives that aim at collecting donor blood that is essential for life-saving transfusions. …

Looking For A Volunteer Opportunity? Two Reasons To Turn To An At-Risk Youth Crisis Relief Program
5 January 2021
Volunteering is an incredible way to give back to those who may be less fortunate than yourself. If there was a time in your own life when you fell on …